Article below from Indianapolis suburb paper, 1963 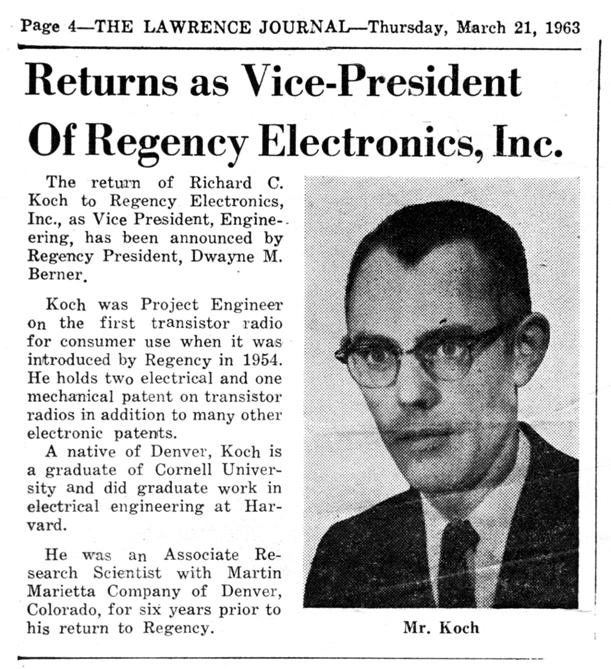 Dick Koch became a full time Regency employee in 1951, and had worked as a company consultant prior to that time. Koch led the TR-1 engineering development in 1954. The IEEE conducted an interview with Koch in 1984.

Also mentioned in Koch's interview was Floyd Hayhurst, Regency's purchasing agent who helped bring the TR-1 into reality. Hayhurst was also interviewed in 1984 by the IEEE.

back to "The Early Years" page

back to Patent page